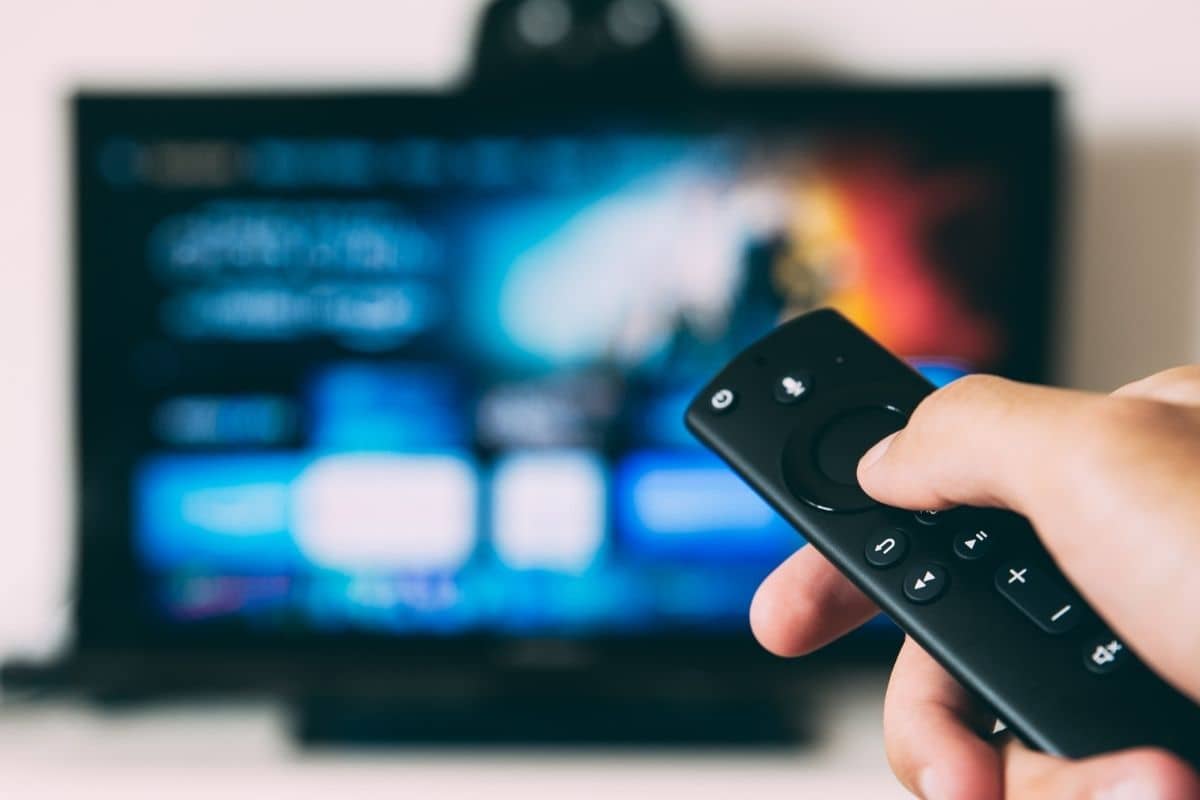 These 11 movies aren’t in any particular order and are worthy of being added to your watch list. This roundup is also spoiler-free.

While most of these movies aren’t directly about blogs, they have the same ideas and themes that all bloggers can relate to. These themes involve hard work, writer’s block, persistence, ambition, and many more.

Disclaimer: This article contains affiliate links, where I may receive a small commission on purchases at no cost to you. NordVPN is a tool I thoroughly recommend for internet safety and its great features. You can read my full disclosure here.

How to watch these movies on Netflix

Out of the eleven movies on this list, you can stream ten directly from Netflix. How, you might ask?

Well, with a VPN (a virtual private network). A VPN is a tool that allows you to browse the internet safely and hide your IP address.

NordVPN has 60 countries and 5200+ servers to choose from, allowing you to select a country you want to watch Netflix on and stream that regional library of content.

How to use NordVPN to watch these movies:

For example, I can watch ‘Interstellar’ on French servers, ‘127 Hours’ on German servers, and ‘The Martian’ on Hong Kong servers.

PS: If you want to maximize your NordVPN subscription with Netflix, use uNoGS.com to find titles available worldwide.

Julie & Julia follows the journey of Julie Powell (Amy Adams), who aspires to cook all 524 recipes in Julia Child’s (Meryl Streep) cookbook in 365 days. She documents her progress on her blog, which she soon gains a following with. The movie is set in the current time of 2002 and has flashbacks to the 1950s, which follows Julia’s work on her cookbook.

If you’re a foodie or food blogger, this movie is a must-see.

“The day there’s a meteorite heading toward the earth and we have thirty days to live, I am going to spend it eating butter. Here’s my final words on the subject: you can never have too much, butter.” – Julie Powell

Available on Netflix? Yes, it’s available in the United Kingdom.

Adaptation is a comedy-drama directed by Spike Jonze and written by Charlie Kaufman. The movie stars Nicolas Cage as Charlie Kaufman and follows him struggling to adapt the nonfiction book “The Orchard Thief.” Dealing with writer’s block, feelings of inadequacy, low self-esteem, and anxiety, it’s a movie that many can relate to.

“To begin… To begin… How to start? I’m hungry. I should get coffee. Coffee would help me think. Maybe I should write something first, then reward myself with coffee. Coffee and a muffin. Okay, so I need to establish the themes. Maybe a banana-nut. That’s a good muffin.” – Charlie Kaufman

Available on Netflix? Yes, it’s available in Belgium, France, India, and 13 other countries.

Interstellar is set in 2067, where humans are struggling to survive through crop blights and dust storms. The movie follows former NASA pilot Cooper (Matthew McConaughey) and a team of scientists who journey across the galaxy to find a new home for humanity. This movie is stunning and displays themes of love, connection, and perseverance. If I had to pick one movie that’s changed my life, it’s this one.

“Love is the one thing that transcends time and space.” – Brand

Freedom Writers follows teacher Erin Gruwell (Hilary Swank), who teaches at-risk students in a racially divided neighborhood. Instead of throwing in the towel, Gruwell helps the students plan for their futures and pursue education beyond high school. Freedom Writers is an emotional film that focuses on themes of violence, racism, and unity.

“At sixteen, I’ve seen more bodies than a mortician. Every time I step out my door I face the risk of being shot. To the rest of the world it’s just another dead body on a street corner. They don’t know that he was my friend.” – Jamal Hill

Available on Disney Plus & Amazon Prime.

Joy is a comedy-drama film based on the inventor and entrepreneur Joy Mangano (Jennifer Lawrence). The film follows Joy’s rise to success as she creates the self-wringing Miracle Mop. With a star-studded lineup of Jennifer Lawrence, Robert De Niro, and Bradley Cooper, it’s a movie worth seeing. Many bloggers and entrepreneurs will relate to this movie’s themes of hard work, success, and persistence.

“The only thing you’re gonna have is what you make.” – Joy

Available on Netflix? Yes, it’s available in Canada, United States, and 19 other countries.

The Social Network portrays the true story of Mark Zuckerberg (Jesse Eisenberg) founding Facebook and the subsequent lawsuits. With Facebook being a massive success within six years and Zuckerberg becoming the youngest billionaire, it also led to many personal and legal dilemmas. The Social Network focuses on ambition, success, friendship, and power.

“The ability to make money doesn’t impress anybody around here.” – Mark Zuckerberg

127 Hours is a true story about Aron Ralston (James Franco), a canyoneer who must find a way to survive after getting his right arm trapped between a boulder and a wall. It’s a gripping story that’ll keep you on the edge of your seat throughout. This film hones in on themes like survival, hope, and redemption and is an inspiring movie to watch.

“I’ve been moving towards it my entire life. The minute I was born, every breath that I’ve taken, every action has been leading me to this crack on the out surface.” – Aron Ralston

The Martian follows the story of Mark Watney (Matt Damon), an astronaut left behind on Mars after being presumed dead due to a severe dust storm. The film follows Watney’s attempts to stay alive while his crewmates plot a daring rescue mission to bring “the Martian” home. The cinematography in this film is spectacular. The Martian focuses heavily on themes of isolation, science, and the fight to survive.

“They say once you grow crops somewhere, you have officially colonized it. So, technically, I colonized Mars. In your face, Neil Armstrong!” – Mark Watney

Nightcrawler stars Jake Gyllenhaal as Louis Bloom, a scavenger and thief. Lou soon becomes a freelance videographer/photojournalist. He records violent crimes, scenes, and accidents at night, which he then, in turn, sells to a local news station. Gyllenhaal provides a captivating yet unnerving performance in this psychological thriller film, and it explores themes of exploitation and corruption.

“What I believe, is that good things come to those who work their asses off. And that people who reached the top of the mountain didn’t just fall there.” – Lou Bloom

Erin Brockovich follows the true story of Brockovich (Julia Roberts), an unemployed single mother. The latter attempts to take down the massive energy corporation PG&E upon discovering they pollute Hinkley’s drinking water. Despite Brockovich being uneducated, this film reminds viewers to fight for what they believe in, regardless of their skills and expertise.

“For the first time in my life, I got people respecting me. Please, don’t ask me to give it up.” – Erin Brockovich

Available on Netflix? Yes, it’s available in Australia, Canada, France, and 15 other countries.

The final movie on this list of inspirational movies about blogging is The Pursuit of Happyness. Following the true story of Chris Gardner (Will Smith), it’s about a struggling salesman in San Francisco who wants to build a life for his 5-year-old son (Jaden Smith). This movie embarks you on a journey of determination and never giving up on your dreams, even when all odds are pitted against you. If you’re looking for an inspirational movie about hard work paying off, this is the film to watch.

“You got a dream… You gotta protect it. People can’t do somethin’ themselves, they wanna tell you you can’t do it. If you want somethin’, go get it. Period.” – Chris Gardner

Hopefully, you’ve been able to add a couple of these movies to your watch list and can watch them at ease with Netflix and NordVPN.

These movies on this list have valuable lessons to learn from them, like themes of hard work, perseverance, and hope. They are inspiring for bloggers and entrepreneurs alike.

Which of these movies about blogging do you plan on watching?