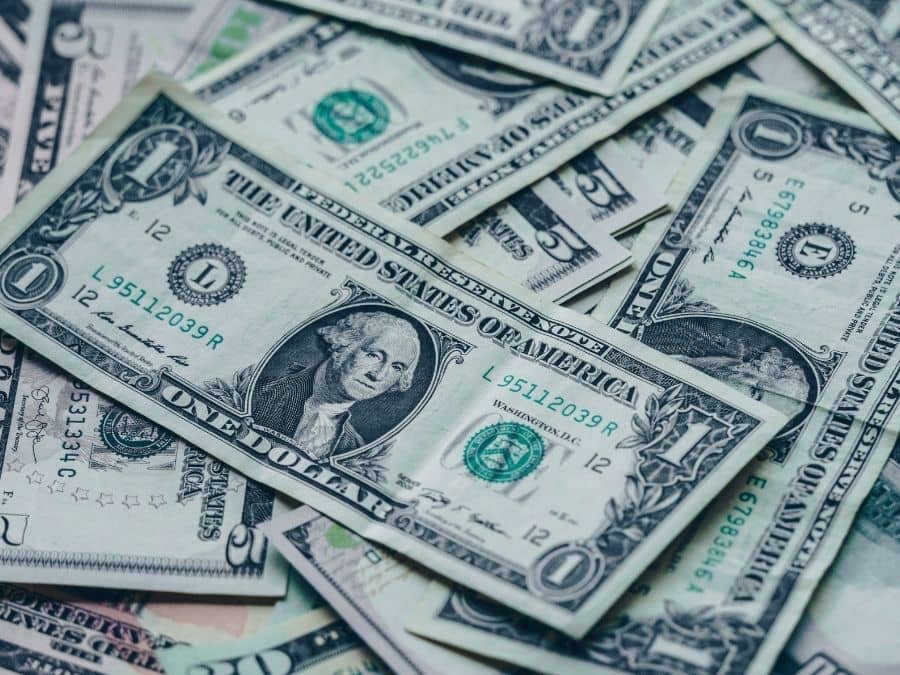 Looking for some inspirational make-money quotes? Well, look no further.

Money is a significant factor in our lives; nearly everything we do revolves around it (whether we know it or not).

Where we sleep, what we eat, how we dress, where we holiday all revolve around one central tool, which is money. It’s quite simply the best tool to live a life of whatever we desire. Although essential, we can’t become too consumed by it; otherwise, you can quickly lose sight of what’s truly important, like family or friendships.

Today, I’ve accumulated 59 inspirational make-money quotes. The following quotes can be used to push yourself to make money (or more of it) and become financially free.

2. “Persist – don’t take no for an answer. If you’re happy to sit at your desk and not take any risk, you’ll be sitting at your desk for the next 20 years.” – David Rubenstein

4. “Too many people spend money they haven’t earned, to buy things they don’t want, to impress people they don’t like.” — Will Smith

6. “If you think nobody cares if you’re alive, try missing a couple of car payments.” — Earl Wilson

7. “The reason I’ve been able to be so financially successful is my focus has never, ever for one minute been money.” — Oprah Winfrey

9. “Saving is a great habit but without investing and tracking it just sleeps.” — Manoj Arora

11. “Every time you borrow money, you’re robbing your future self.” — Nathan W. Morrisein

14. “It’s not your salary that makes you rich, it’s your spending habits.” — Charles A. Jaffe

15. “Compound interest is the eighth wonder of the world. He who understands it, earns it; he who doesn’t, pays it.” — Albert Einstein

17. “Money won’t create success, the freedom to make it will.” — Nelson Mandela

18. “If you don’t get serious about your money you will never have serious money.” — Grant Cardone

19. “Waste your money and you’re only out of money, but waste your time and you’ve lost a part of your life.” — Michael Leboeuf

20. “If you can get paid for doing what you love, every pay check is a bonus.” — Oprah Winfrey

21. “Money and success don’t change people; they merely amplify what is already there.” — Will Smith

22. “Money cannot buy peace of mind. It cannot heal ruptured relationships, or build meaning into a life that has none.” — Richard M. DeVos

23. “Don’t tell me where your priorities are. Show me where you spend your money and I’ll tell you what they are.” — James W. Frick

24. “If we command our wealth, we shall be rich and free. If our wealth commands us, we are poor indeed.” — Edmund Burke

25. “Don’t be cocky. Don’t be flashy. There’s always someone better than you.” — Tony Hsieh

27. “Money can’t buy happiness, but it will certainly get you a better class of memories.” — Ronald Reagan

28. “To get rich, you have to be making money while you’re asleep.” — David Bailey

29. “I despise the lottery. There’s less chance of you becoming a millionaire than there is of getting hit on the head by a passing asteroid.” — Brian May

31. “You must gain control over your money or the lack of it will forever control you.” — Dave Ramsey

32. “People say that money is not the key to happiness, but I always figured if you have enough money, you can have a key made.” — Joan Rivers

33. “I make myself rich by making my wants few.” — Henry David Thoreau

35. “When you invest, you are buying a day that you don’t have to work” — Aya Laraya

36. “Savings without a mission is garbage. Your money needs to work for you, not lie around you.” — Dave Ramsey,

37. “Look at what caused people to make a lot of money and you will see that usually it is in proportion to their production of what the society wanted.” — Ray Dalio

38. “Those who keep learning, will keep rising in life.” — Charlie Munger

39. “There is a gigantic difference between earning a great deal of money and being rich.” — Marlene Dietrich

40. “Money is numbers & numbers never end. If it takes money to be happy, your search for happiness will never end!” — Bob Marley

41. “The Quickest way to Double your Money is to fold it over and put it back in your pocket!” — Will Rogers

42. “Seek wealth, not money or status. Wealth is having assets that earn while you sleep. Money is how we transfer time and wealth. Status is your place in the social hierarchy.” — Naval Ravikant

43. “Friendship is like money, easier made than kept.” — Samuel Butler

44. “Only buy something that you’d be perfectly happy to hold if the market shut down for 10 years.” — Warren Buffett (stock investing advice)

46. “Make your goal more than money. Make it about helping people and creating a better future.” — Maxime Lagacé

47. “Of the billionaires I have known, money just brings out the basic traits in them. If they were jerks before they had money, they are simply jerks with a billion dollars.” — Warren Buffett

48. “The goal isn’t more money. The goal is living life on your terms.” — Chris Brogan

49. “If you would be wealthy, think of saving as well as getting.” – Benjamin Franklin

50. “The most important investment you can make is in yourself.” — Warren Buffett

51. “You are not entitled to anything until you save and pay for it” — Dave Ramsey

53. “Become so Financially Secure that you forget that it’s Payday!” — Unknown

54. “Many folks think they aren’t good at earning money when what they don’t know is how to use it.” — Frank A. Clark

56. “Do what you love and the money will follow.” — Marsha Sinetar

57. “Wealth consists not in having great possessions, but in having few wants.” — Epictetus

58. “While money doesn’t buy love, it puts you in a great bargaining position.” – Christopher Marlowe

So there we have the collection of 59 of the best motivational money-making & saving quotes.

These quotes do not give clear guidance on making money, more or less just the principles about making and saving it.

Hopefully, you’ve learned a few pieces of advice from some of the most famous and wealthy people in the world.

Which make money quote was your favorite?